Taking Your Kids to Live Performances

When we picture the type of person we hope our child will become, we picture someone who is compassionate and considerate toward others. Without empathy, that’s hard to achieve.

And while we do our best to demonstrate empathy for our kids, we can’t account for 100% of their learning. It helps to encourage them to learn empathy through others’ experiences as well.

When watching a story unfold during a live performance, the audience is placed in a position of walking in the character’s shoes for a while.

For your kids, it’s a safe place to witness scenarios and people they might not be exposed to otherwise. Through this witnessing, they learn to better understand the choices and backgrounds of others and gain new perspectives.

As soon as school starts, children are largely limited to people in their age group, and from their own neighborhoods. Live performances tend to break down those barriers. Each performance attracts its unique blend of people from all ages and backgrounds.

Attending live performances exposes your children to new crowds and environments, helping them gain a sense of belonging with people outside their usual circles. And being in the audience of a live performance can help your children not only adjust to new people and situations, but gain a heartfelt understanding of them.

7-8 hour school days for 5 days a week can make school a bit redundant for your kids. That’s why it’s important to shake things up with fun and exciting ways for your kids to learn and retain information.

According to a study by the University of Arkansas, live performances are a fun and effective way to do just that.

In the study, students were split into 2 groups: one who would be attending live theatre performances of famous plays, and the other who would be learning about the same works by watching film adaptations or reading story versions of the plays.

Professor Jay Greene summarized the study by saying, “Plays are meant to be seen performed live. You can’t always take your kids to a play but if you can, you should. The story can be conveyed in a movie, but it doesn’t engage the viewer in the same way.”

Learning to be present in the moment and in control of our emotions takes a lifetime of practice. That’s why when it comes to kids it’s never too early to begin teaching mindfulness.

Practicing mindfulness, or the state of consciously being in the moment, comes with plenty of benefits for kids. These include building empathy, increasing focus, and learning coping mechanisms.

To practice mindfulness, kids need to learn patience. These days that can feel like an extra challenge, since children have access to any type of entertainment they want, and usually in short clips or spurts.

Technology can create a constant illusion of having a “change of scenery” that children seem to adjust to.

Watching a live performance creates an entirely different entertainment experience than they might be used to. They’ll learn how to be engaged in something from the beginning to the end without any extra screens, video clips, or texts to distract them.

Not only are live performances fun and engaging, but they help kids learn and grow! How to Become a Professional Musician 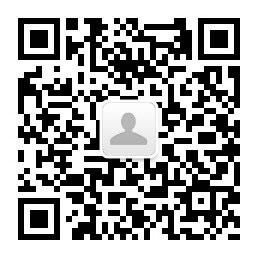